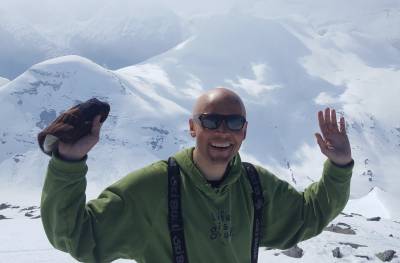 Jo Eidsvik is Professor of Statistics at NTNU, Norway. His research interests include spatio-temporal statistics applied to the Earth sciences, and approaches for assimilating different data sources in this context and conducting value of information analysis. He has industry experience from the Norwegian Defense Research Establishment and Statoil. 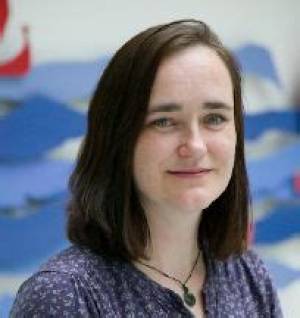 Ingrid Ellingsen is working as a senior scientist at SINTEF Ocean. Her main qualifications are in oceanography and in developing and applying numerical models of marine systems. She has been working with the development of the hydrodynamic and biological modules of SINMOD since 2000. The main focus of her research has been on how physical forcing impact chemical and biological processes that are important for ecosystem function. 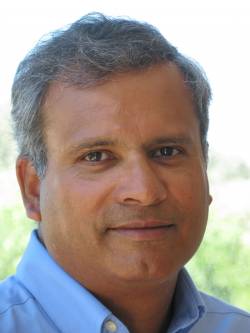 Kanna is a International Chair Adjunct Professor at the Norwegian Univ. of Science and Technology and a Visiting Professor, Faculty of Engineering, Univ. of Porto affiliated with the Underwater Systems Technology Lab.

Till 2013 he was the Principal Researcher in Autonomy at MBARI which he joined in 2005. Prior to that he was a Senior Research Scientist for the Autonomous Systems and Robotics Area at NASA Ames Research Center, Moffett Field, California.

His focus is on Marine Robotic Sampling focused on building sustainable and cost-effective tools, techniques and processes for climate change studies bridging science, engineering and methods.

At NASA Ames, he balanced programmatic and technical responsibilities. He was the Principal Investigator of the MAPGEN Mixed-Initiative Planning effort to command and control the Spirit and Opportunity rovers on the surface of the Red Planet. MAPGEN continues to be used to this day, in the mission-critical uplink process at JPL and is the longest running AI system in the world.

Additionally, Kanna was one of the six principals of the Remote Agent Experiment (RAX) team, which designed, built, tested and flew the first closed-loop autonomous system on a spacecraft 65 Million miles from Earth. RAX was the co-winner of NASA's 1999 Software of the Year award, the agency's highest technical award.

His interests are in Artificial Intelligence automated Planning/Scheduling, modeling and representation for real world planners and agent architectures for Distributed Control applications. Prior to joining NASA Ames, he was in the doctoral program at the NYU Courant Institute of Math Sciences.

Prior to that he was at the Knowledge Systems group at American Airlines, helping build a Maintenance Routing scheduler (MOCA), which continues to be used by the airline, 365 days of the year.

Kanna is the recipient of two NASA medals for his role on the Remote Agent and on MER. He was the Co-chair of the 2005 International Conference on Automated Planning and Scheduling (ICAPS), Monterey California and the chair of the Executive Board of the International Workshop on Planning and Scheduling for Space. He continues to serve on review panels for NASA, the Italian Space Agency and European Space Agency, the European Commission and the US National Science Foundation (NSF). 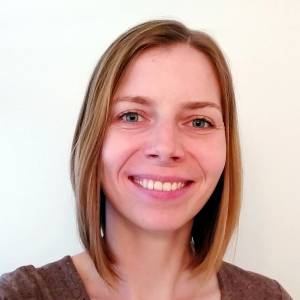 Stephanie Kemna is a Software Engineer and Project Manager at Maritime Robotics, Trondheim, Norway. She obtained a PhD in Computer Science from the University of Southern California in 2018, focusing on multi-robot strategies for adaptive informative sampling using autonomous underwater vehicles (AUVs). She has been particularly interested in incorporating constraints of the (under)water domain into AxV software development, and demonstrating performance through field trials. From 2009-2012, she worked at the NATO STO Centre for Maritime Research and Experimentation on adaptive behaviors and mission planning for AUVs. She obtained her B.Sc. and M.Sc. in Artificial Intelligence from the University of Groningen (2008). 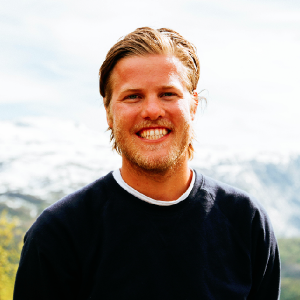 Trygve Olav Fossum is a PhD candidate at the Department of Marine Technology and the Centre for Autonomous Marine Operations and Systems (AMOS). His research aims to contribute to ocean observation and monitoring using intelligent robotics. Specifically, he aims to extend the data collection capabilities for robotic platforms such as autonomous underwater vehicles (AUVs) by using compact ocean models, spatial statistics, and machine intelligence. He has previously worked in Equinor and has a MSc in Marince Cybernetics. 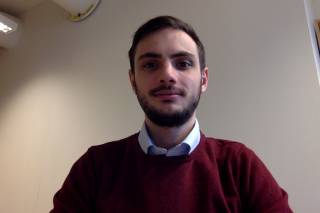 Jacopo Paglia is a PhD candidate in geostatistics at the Department of Mathematical Sciences at NTNU. He earned a bachelor and master degree in mathematics at the University of Rome Tor Vergata. His research focuses on statistical models for well stability in oil and gas drilling.