These are proposals for diploma projects in Numerical Analysis and applications, to be carried out under my supervision.

If you are interested on doing your master project with Teknova, I will be your local contact and supervisor at NTNU.

The last decade has witnessed a considerable increase of interest in the study og the dispersion of non-spherical particles in turbulent flows.The impact of this research interests a great variety of engineering processes. Suspension of tiny solid particles in a carrier fluid are most often treated as a mixture of solid spheres and a gas or liquid fluid phase. In practice however, the particle shape is different from spherical. Irrespective of particle shape, a suspension flow is almost always chaotic, i.e. turbulent.

The equations to be solved are a coupled system of the fluid flow equations together with the forced rigid body equations. The design of the torque terms is non trivial for general shapes. The use of geometric integration techniques is envisaged for the solution of the ODE problems.

We consider the analysis, development and implementation of reliable and competitive algorithms for the numerical integration of differential equations arising in mechanics and control. In particular multi-body systems, rigid body simulation (of interest in satellite dynamics and celestial mechanics), highly oscillatory systems (relevant for example in modeling vibration of risers descending form an oil platform).

Many of these problems share a common feature: they possess an underlying geometric structure that has significant importance on the dynamical behavior of the system, as it generally corresponds to a concrete physical feature of the problem. It is nowadays well understood that methods that mimic such underlying geometric structures have generally a superior dynamical behavior: these methods can in fact be associated to a nearby dynamical systems with essentially the same dynamics. See also GeNuIn, CRiSP and CHiPS projects.

Shape analysis on Lie groups with applications to computer animation

Nonholonomic mechanical systems are of great interest in robot technology applications and control, in particular robotic locomotion and robotic grasping. Roughly speaking a mechanical system with nonholonomic constraints is described by a constrained differential equation such that the constrains are involving the velocity of the system and not only the positions.

In this project the numerical simulation of some simple nonholonomic mechanical systems will be considered. Possible examples are a vertical disk rolling without slipping on a plane, a ball on a spinning plate (look at some interesting movies here ), the snake-board (a variant of the skate-board that you can see in the side picture).

The geometry behind these problems is beautiful and non trivial. Recent results for the structure preserving simulation of nonholonomic systems comprise energy preserving integrators on vector spaces and on Lie groups; interconnection of port-Hamiltonian systems and discrete Dirac structures.

The aim of the project is to study the mechanical and geometric background for these problems as well as the numerical aspects.

The computer simulation of complicated real life mechanical structures is achieved by first describing the physical systems with differential equations and then performing numerical discretization. Testing and validation of control strategies applied to operate the mechanical structures are essential goals of the simulations. Modeling, simulation and control of systems where flexible and rigid bodies interact are of great interest in the field of marine operations.

There is a range of problems one could study in master projects, and good opportunities for starting a PhD after the master. For example geometric numerical integration methods for the equations of motion of problems of rigid body and rod dynamics could be studied, analyzed and implemented. The methods could be applied to simulation and control of pipe-lay operations.

In practice one should learn about one or several of the following: rigid-body dynamics, basics of differential geometry and Lie groups (especially SO(3)), geometric numerical methods for canonical and non-canonical Hamiltonian systems, splitting methods, geometric methods for PDEs, Jacobi elliptic functions and quaternions. 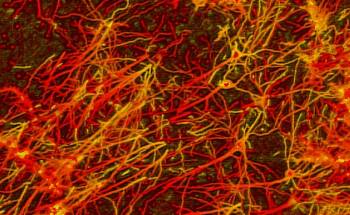 The brain is a massively parallel information processing system. Some of the goals of neural networks theory are: achieving efficient use of machines in tasks currently solved by humans, improve computational capabilities taking the brain as a model, understand how the brain works. The transmission of signals between neurons and the alteration of the strength of the connection between neurons characterize the learning process. Engineers devised simple models of neurons where $n$ inputs are processed in a neuron end $p$ outputs are generated. Combining several neurons one obtains a network. The rules for learning are translated into differential equations for the network.

Machine learning algorithms have become a very successful approach to data analysis. These methods often consist in solving inverse problems and problems of optimization on manifolds. In the effort to prepare for the next generation parallell computer (exascale high performance computing platforms) there has been recently a big revival of old algorithms which display slower convergence rates but are massively parallelizable. In optimization this effort includes work on stochastic gradient algorithms, coordinate descent and parallel optimization.

In this project we want to study the background for these schemes and try to apply the same ideas to a method for optimization on manifolds based on coordinate descent designed some years ago. The goal is to achieve an efficient parallelization of this method.

The aim of the project is to design efficient iterative methods for large scale linear algebra problems arising for example in statistics. In spite of their ubiquity in modern numerical analysis, iterative linear algebra methods and, in particular, Krylov subspace methods have rarely been used in computational statistics. This is, in part, because statistical problems require the computation of difficult quantities, such as matrix square roots, inverses and determinants, as well as the more common task of solving linear systems.

To begin with we want to consider the parallelization of a restarted Krylov subspace method for the matrix exponential. As a second task we want to explore possible parallel algorithms for matrix functions, with focus on robustness and parallelization more than fast convergence. 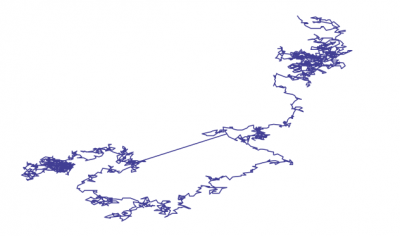 The theory of rough paths has gained considerable attention in the last dacade for its importance in stochastic analysis. This theory has applications for example in stochastic PDEs.

K.T. Chen considered sequences of iterated integrals of smooth or piecewise smooth paths on manifolds and studied their geometric importance. His results have relevance to the calculus of variations and were used by Fleiss in the context of control theory, and Platen in stochastic differential equations. Iterated integrals can be used to obtain a Taylor expansion of arbitrary order for the solution of such equations.

We aim here at studying the basics of rough paths theory and their connection to the study of B-series and Lie-Butcher series for numerical integrators. The project can explore applications of the theory to the solution of stochastic differential equations as well as algebraic aspects of the considered series.

These are proposals for projects in Linear algebra for third year students.

A framework for Equilibrium Equations

The core of this project is the study of an article on fundamental aspects of applied mathematics by G. Strang. The main tools used here are those of linear algebra, but they open up for a interesting view of more complicated problems.

Toeplitz matrices occur in many areas of applications like for example signal processing and the numerical discretization of partial differential equations. In this project the student will study the properties of this class of matrices and their applications. Look at the definition of Toeplitz matrix.