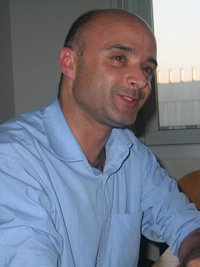 João Tasso de Figueiredo Borges de Sousa is with the Electrical and Computer Engineering Department from Porto University in Portugal. He holds a PhD and an MSc in Electrical Engineering, both awarded by Porto University. His research interests include autonomous underwater, surface and air vehicles, planning and execution control for networked vehicle systems, optimization and control, cyber-physical systems, and applications of networked vehicle systems to the ocean sciences, security and defense.

He is the head of the Laboratório de Sistemas e Tecnologias Subaquáticas – LSTS (Underwater Systems and Technologies Laboratory). The LSTS (https://www.lsts.pt/) has pioneered the design, construction and deployment of networked underwater, surface and air vehicles for applications in ocean sciences, security and defense.

The LSTS received the national BES Innovation National Award for the design of the Light Autonomous Underwater Vehicle in 2006. He was awarded the Luso-American Foundation Fellowship by the Portuguese Studies Program from the University of California at Berkeley in 2002. He received an outstanding teaching award from Porto University in 2008.

He has been involved in fostering and growing a world-wide research community in this field with yearly conferences and workshops in the areas of Hybrid Systems, Networked Vehicle Systems and Autonomous Underwater Vehicles. He has been lecturing on networked vehicle systems in renowned universities in the United States of America and Europe. He is a member of the IEEE Robotics and Automation Multi-robots Systems Technical Committee and of the International Federation of Automatic Control (IFAC) Marine Systems Technical Committee. He was the chair of the 2013 edition of the IFAC Navigation, Guidance and Control Workshop and is the chair of the 2018 IEEE AUV Symposium. He is a member of the Advisory Board of the Swedish Marine Robotics Center. He is in the editorial board of several scientific journals. He is a member of several NATO committees. He has authored over 400 publications, including 40 journal papers.